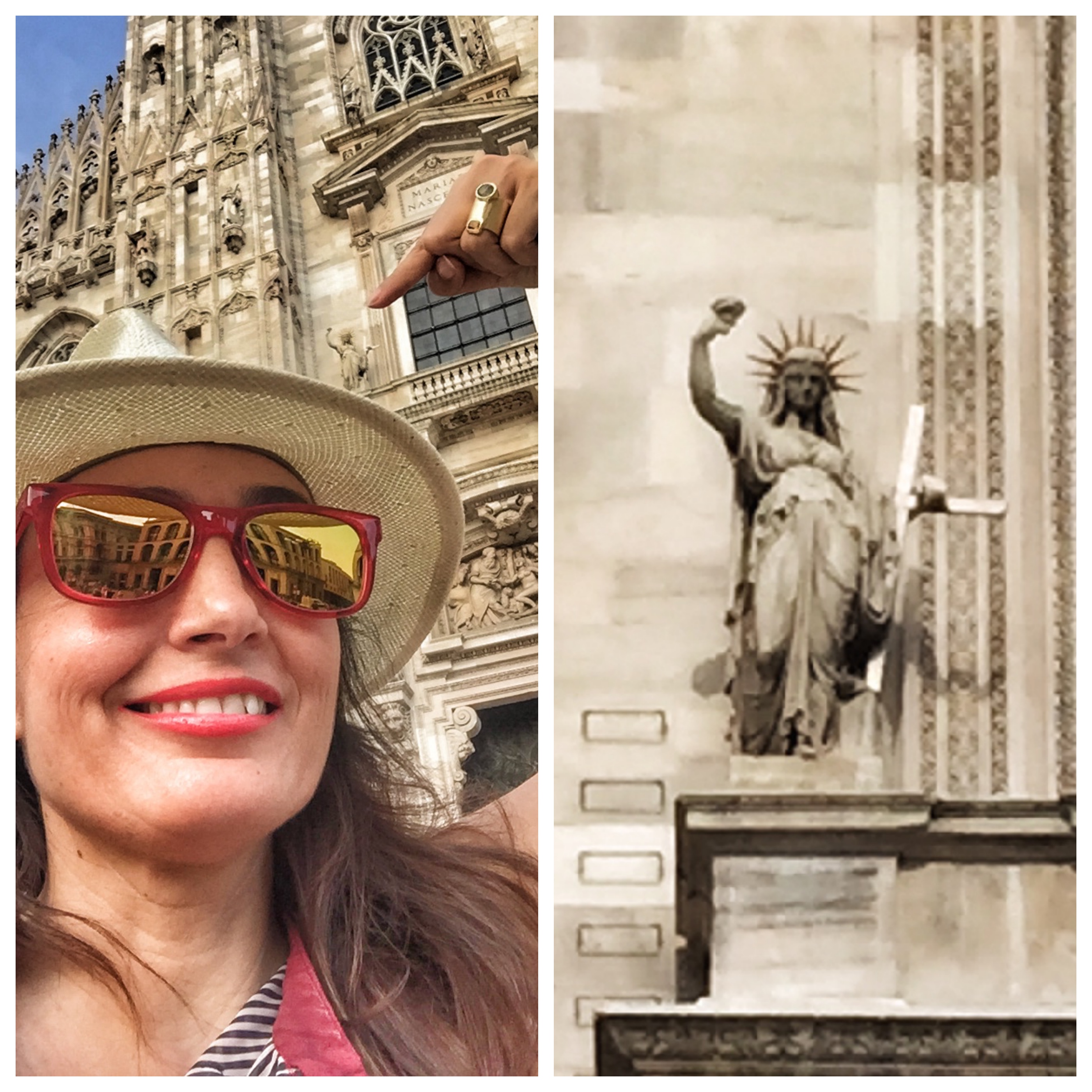 Home Culture Unknown Milan: The Statue of Liberty on the MIlan Duomo Facade (70...

The resemblance is really incredible and sincerely when I discovered it, long time after the end of the university, I wondered why the name of Camillo Pacetti and the incredible story of his “New Law” was not written in my textbook at school.

Did you know that on the facade of the Milan Cathedral there is a sculpture very similar to the Statue of Liberty, sculpted by Camillo Pacetti 70 years before that of New York? 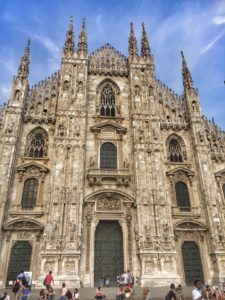 The Neoclassical Sculptor Camillo Pacetti, a professor at the “Accademia di Brera” in 1810 created the sculpture with the torch and the crown, which is to the left of the window above the main portal of the Cathedral from Milan.

Yes, that smaller and kind version of the Statue of Liberty on Liberty Island, created seventy years before Bartholdi’s!

Of course, among the more than 3400 total statues, of which more than 2300 outdoors, it is not immediate to looking at the one of Pacetti but as soon as you do, the resemblance to that of NY is undeniable also in the eyes of a non-art skilled! Incredible don’t you think? 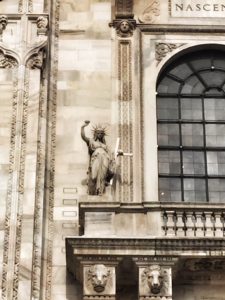 The French as regards the inspiration of the Statue of Liberty refer to the colossus of Rhodes, to the monumental Egyptian statuary, ie the countries in which Bartholdi traveled. Strangely, however, they did not even mention the Duomo of Milan. So that is a coincidence, this impressive resemblance? Or maybe Pacetti and Bartholdi had the same inspiration, but the second had luck all over the world and the first, despite the important Milanese commission, is still unknown to the eyes of the world?

Honestly, if I were Pacetti I would not be very happy, what do you think? Below you find the live stream on Periscope!

Vietnam Diary 16: on the Mekong Delta