Sunday, October 7 was broadcast on Channel 9 (and on Dmaxm Real Time and can be downloaded on Dplay) the first episode of the new format conducted by Max Giusti C’è Posto per 30? For me, one of the thirty judges of the broadcast, in the shadow of the baptistery parmesan, the first two lunches were held at the table with the experts: Paolo, Stefano and Gil. 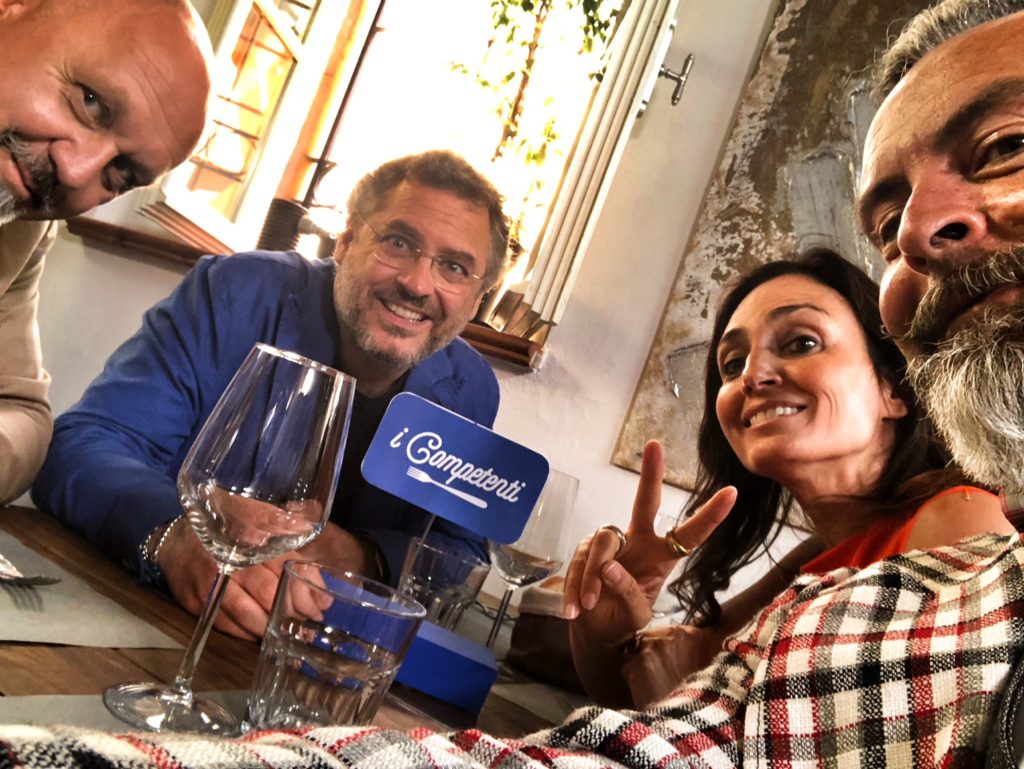 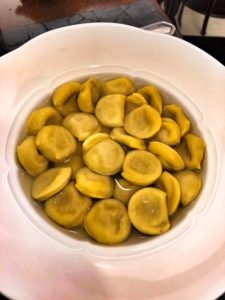 The first lunch took place at the Officina Alimentare Dedicata, by the good and genuine Ottavia who with her staff proposed excellent raw materials, with a technique and a presentation of the dishes still very (too) simple. The second one at Oibò by Sara, little inclined to accept criticism (at the end of the post I attach the photo of the famous pinzimonio that for being criticized has costed our table the title of in-competent) and often more attentive to the form that to the substance. How did it really go?

I could tell you that being part of the jury of this reality, from the first episode to the last one, was an experience:

but I will not do it. For me, who are familiar with video and good food, C’è Posto per 30 has been an unforgettable experience in many ways, beyond food. 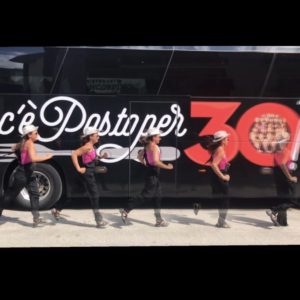 To shoot each episode, the production neede three days: one restaurant in challenge a day and the third day was dedicated to the confessionals, one for each restaurant. Three days in which I traveled on a bus with thirty other unknown individuals, so different from me that instinctively, I would not have approached spontaneously.

Yes I admit, at the beginning, the first night in the hotel in Parma hearing the noisy “Pensioners” talking about illnesses, the “Friends” make a joke (guess what tenor) after another, see the “millennials” so attentive to the outfit , constantly kidnapped from the phone (as for the cell phone I’m a bit millennials), it was a shock. 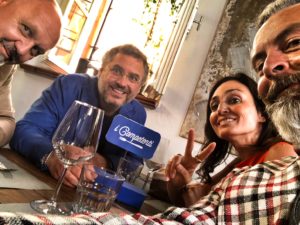 Luckily there are my table mates, the experts I thought, even if unfounded, I love good food and I also work in the fields but I do not cook. Entering the technicalities, after the first moments, bores me. So, I wondered, I will endure long days at the table, talking about vacuum cooking, creaming, experimental cooking, natural wines now so fashionable and sulphites (in my table seen as the source of all the ills of the wine industry )? Honestly I was perplexed, there, in Parma, I think that maybe there was a real possibility that I did not arrive at the end of the eight episodes. 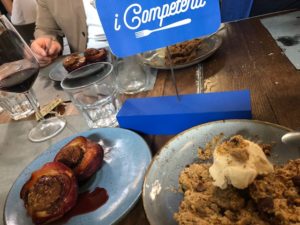 Instead, meeting and spending time outside my routine, from my comfort zone, as if I were a teenager back on a school trip, with human beings like pensioners or like the Foreigners, the Longo, the Friends, the Millennials and the Fidanzati has been a ‘ truly unforgettable experience. A stretch of life (from June to September) that has profoundly enriched me, an experience that he needed (without knowing it), food apart.

So you want to know what I really think? First of all, I think C’è Posto per 30, it’s not (just) a food program. Yes, it’s a challenge between two restaurants and yes, we talk about traditional cuisine coming from the various regions affected by the program, but the food here, in the development of the program, is a marginal story.

WHAT DOES IT MEANS, EATING A STEAK OF HORSE, (AT LEAST normal for an italian) FOR A FOREIGNER from Africa, CHina, Ireland? HOW A PENSIONER WITH A LOW INCOME, JUDGES A PIGEON IN A DISH?

C’è Posto per 30 is a social cross-section of the world in which I live. It is the television show of the phenomenon that the Trip Advisor application, blasphemy against good food for restaurateurs and for those who see a leveling down of taste and good food, has brought to the fore.

CIBO (in Italian) THAT THANKS TO THE CAPACITY OF VIRALITY OF THE NETWORK, BECOMES FOOD CONTAMINATED BY THE CULTURES OF THE WORLD, NOWADAYS EVERYWHERE IN TV

Food, Michelin starred or street foodt, now more or less the food within the reach of all of us that we rise to judges and we become judges.

Today is the time of the pop jury, as that of this reality: 30 judges, 8 tables, more or less all to represent well-defined social categories. The pensioners therefore, in front of the bone marrow may have some perplexities, a refusal and of course, the fault lies with the restaurateur who offers dishes that are not real dishes. Their delusion has nothing to do with the fact that their palate is not educated to similar tastes.

TV, therefore, imbecued by technology, speeds up the process of social democratization, stages life. Trip Advisor is a tool for everyone, power and pillory for everyone. The effective instrument of revenge, in the hands of those who until now, was unarmed. The unavoidable progress that will bring changes in the existing structure and also, however, we must say, a slow refinement of the role of those who judge, vote, shoot sentences.

It is or is not true that in most cases, all those who sit at the table and eat, especially us Italians, speak but above all tend to judge what they have in the pot? Who has never done it, raise the hand! who is without sin, throw the first stone ....

C’è Posto per 30, so it is mine but also your program, it is the program that everyone can aspire to do. you just need to find the right table … what’s yours?