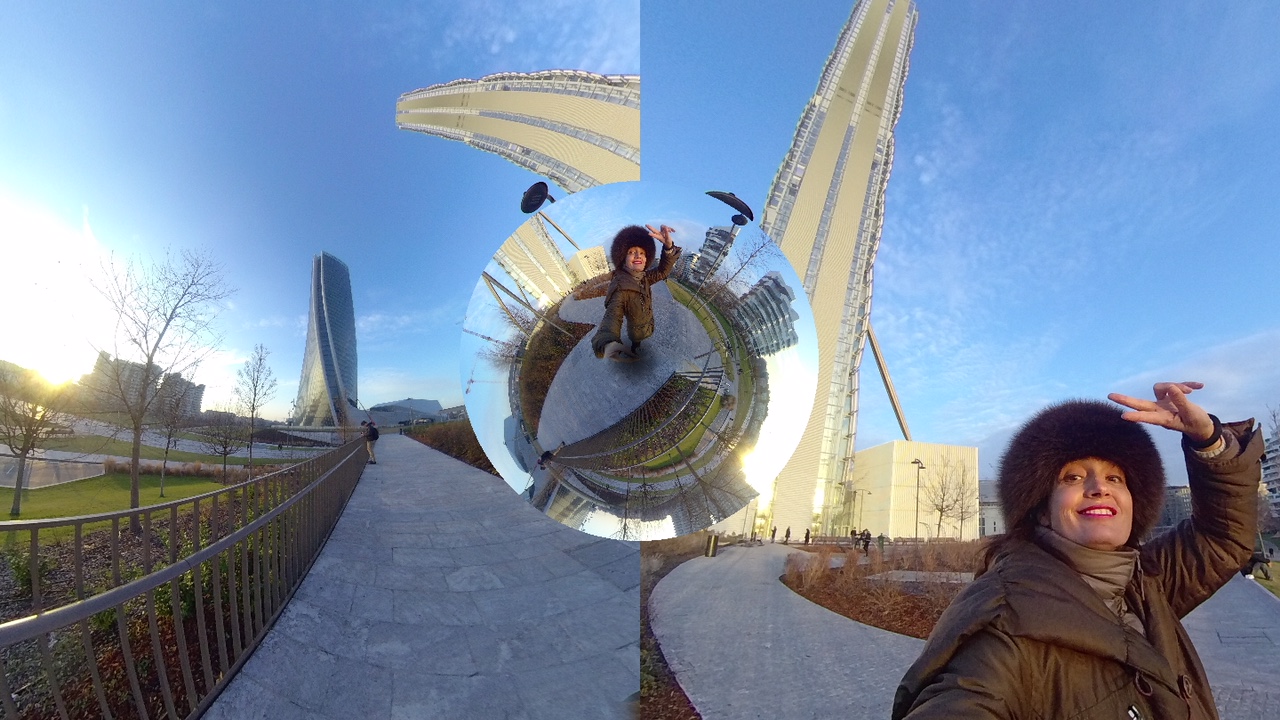 After the 360, videos and Live on Facebook and Periscope, Insta360NanoS, thanks to the latest software development has taken a step forward, towards the future. 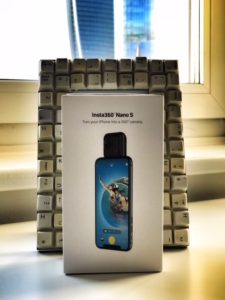 Hot to use it:

The smartphone then becomes a 360 camera, it’s very easy, you need just to download the Insta360NanoS app and connect both the Periscope and Facebook accounts. There are five interfaces that you can change easily, even several times, in every single live.

So as soon as the Arashi Vision Company Limited in Shenzhen, which last year sent me Insta360 Nano, contacted me, I accepted with enthusiasm and in a short time the new born camera has been into my hands. Here is my first  Livestream on Facebook, the very first one it was on Periscope (my first great love in terms of livestreaming) and then immediately on Facebook, using Insta360NanoS.

As a journalist, I found the interface that allows either the interviewee, the interviewer and the surrounding environment to be in a single frame, extremely interesting and useful. Thanks to this small object that fits into the IPhone’s Lighting door, it’s like having a mobile direction that orchestrates the stories and makes sure that the interview or the service is professional, has rhythm and captures all the details of the story, without neglecting anything.

As a live-streamer who loves to share my trips, landscapes, monuments or just special moments with followers, it’s fun to use the shot in which the well-known Little Planet mode is positioned at the center. To be clear, these are images that can not help but tear a smile, in which the subject is shrunk at the center of the image, only the head remains disproportionate, and the surrounding environment is stressed in a circular way, so that it forms a planet that governs the framing, of which the subject is the center and the undisputed king.

In addition to Live Multiview, also the 360 ​​° Video Chat and image stabilizer

Another interesting fiction possible with this gem is the 360 ​​° Video Chat, it is indeed possible to make a video call to 360, simply by sending a link that anyone can receive viewing in real time the image transmitted by the smartphone. With the Insta360NanoS the images are stable, thanks to the gyroscope support of the iPhone.

The only drawback, but we are still in the beta test phase, are the comments that to read them on periscope you need to own another device, a second phone in short, from which you can read.

So set aside all the resistance and prejudices against the 360 ​​° cameras and try to create content, simply and professionally, at absolutely affordable prices.

The new Insta360NanoS is on sale at 279 Euro, with availability on Amazon from 20 January.